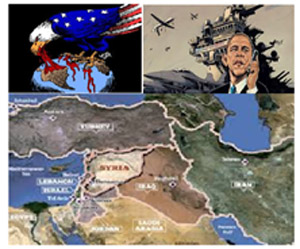 Enlightened members of Muslim Community must rise to the occasion to create a new global phenomenon based on unity of mankind.

Guru Nanak’s Philosophy is a key to World Peace

Guru Nanak Sahib representing India visited Iraq -Iran in 1521 AD for interfaith dialogues. He brought knowledge way back five centuries ago for existence of hundred- thousand lacs in number for larger size planets in Galaxy & our Mother Earth planet happen to be just one among them. The spiritual expressions available in daily prayer contain stanzas such as,” Dhartee hor parei hor hor”“So many worlds beyond this world-so very many”“paataalaa paataal lakh aagaasaa aagaas” There are hundreds of thousands of heavenly worlds above us.”. Thus he enlightened masses to understand realities in human life. He also encouraged common population to stand up against exploitative actions of preaching class who were misusing knowledge due to generic public illiteracy. The SCIENTIST in journey of life brought out methodological information in follow up for the disclosures of greatest son of the God, who appeared on Earth in milky Galaxy.

The journey of human life has encountered so many inter faith and also within faith challenges. The competition to establish purity of religious concepts inherited or diluted with mix of other ideas is getting churned out with violent mechanism. The Muslim leadership living in peaceful neutral countries such as India has silently been watching serious conflict happenings initially in Syria & now between Iran & Iraq. Indian Muslim Diaspora may have to ultimately COURAGE OUT TO HAVE A PLATFORM through their leadership in Mosque management to defuse internal war conflict between two warring Muslim segments; otherwise scene enacted at behest of invisible undercover international forces may spread out in many other areas of Asia. The leadership for U.S.A./U.K./FRANCE/GERMANY are alleged to have anchored Politics in Muslim dominated world. The U.K. is known to be country surviving on TRADE business but now gradually fearing loss on this account. They continue holding MASTER MIND KEY to plan EVENTS OF POLITICS similar to conventional role crafted by educative Brahamin & Banian community for India. The U.S.A. function to assigned task like Rajput, Jat /Jatts etc, where as countries like France, German being side actors are placed to similar conditions to that of other castes in India.

Syria, another Muslim country as referred above has gone through traumatic times where a marginal Shia sect allegedly ruled over a majority Sunnis, who revolted and the U.S.A. along with many European countries provided arms and currency to the Sunni uprising. There are otherwise four Shia majority countries in the world i.e. Iran, Iraq, Azerbaijan, Bahrain who are roughly 15 percent of the world’s overall Muslim population and further distributed widely across the Sunni world. Most of the world continue to believe that America has direct hand in the current upheaval in the Islamic world. Iraq was invaded in 2003 which proved to be the principal catalyst behind the turmoil being seen today. America alone now may not be only actor for crises in Iran-Iraq.

The WAR ON HUMAN MIND shaped during centuries has made permanent abode in human system influenced with materialistic life journey in recent times. The World War I & II were also pictured samples for such a mind condition. Many a world leaders appeared in the field of human GOVERNANCE in past history & so were eminent spiritual leaderships. But the Governance maintained superior position being occupants on operative chair, engineering events through formal platforms. They left sweet & sour history for future road maps. The spiritual field kept on an arms distance being considered more of futuristic nature for rebirth or applications for karma theory, where as Governance is based on present or immediate next following time action affairs.

INDIA for that matter had independent identities for so many individual cultures, languages, colours, features, life traits in them which incidentally were brought on one colonial platform by British might and later accidentally amalgamated by adoption for being India with modified map as New India & Pakistan. The politics further carved out Bangla Desh from Pakistan territories. Similarly, KASHMIR state chapter has gone through various exams in pre-post & during 1947 but managed adhoc peace times. The suspicion between J&K natives & India, primarily those living in other parts of the country that were never directly connected with the historical roots of J&K, now draw unsolicited privilege inciting RED FORT to brave out to bring discipline in the state and shoot out controversial statements. Human search Engine conveys that most powerful nation today i.e. U.S.A. has been involved in politics for so many parts of the world with their own futuristic designs. They have got own economic complexities while dealing with Global village including Kashmir for J&K of this & other side. They are imagining different future designs along with continued active interest in territories above under conflict, including Iraq -Iran episodes.

The German country was divided by human arrogance and war affairs but is coming close to each other on realizing fault line to safeguard mutual benefits. Korea divided between two is similarly facing uphill task reaching to common platform for welfare of people having common cultural genetics but are encountering Global politics leading to failures. Russia is paying cost for inhuman activities shaped between Lenin periods to date carried under the garb providing basic human necessities but closed self actualization options for individual human growth & development for a long time. The undercover democratic tactical support by super power facilitated change in the geographical features of Russia. Most part of India is unaware that DAMAGING CRISES DEVELOPED IN HOLLIEST SHRINE AMRITSAR DURING JUNE 1984 had many dimensions, RUSSIAN intelligence apparatus reportedly convinced Iron lady believe that there is seriousness in Punjab agitation, supported by neighbor country. Russia to some extent paid cost for not having (extended) faith in science of spiritualism for Durbar Sahib, thus faced divisions in many country units for misguiding role to former Prime Minister of India.

Now the only surviving WORLD POWER, holding master key for ECONOMIC reasons is projecting threat of religious militancy. They earlier had mis adventured in Afghanistan & Iraq. The MISSION for principal economic gains was partially fulfilled to the designs of masters for the EVENTS. The recent offensive actions by use of technologies in DRONE to neutralize specific human targets that are believed to be harmful to the super power but the receiver Government Countries in Pakistan or Iran/ Afghanistan /Iraq could not resist expressing oppositions. The projections brought out by Indian Media has painted picture that there is religious conflict between SUNNI & SHIA faith believers which lead to current war affairs between them. The auspicious times for Muslim world to observe fast & prayers under title for Ramadan 2014, could have reunited the Muslim community but missed a chance.

India has millions of Muslim faith believers representing both categorized as Sunni & Shiite (Shia) cults. Both in reality has connection to the family of Lord Abraham (Ibrahim). The faith practiced through direct line of Prophet Muhammad Sahib & his family turned in two separate Rivers of faith as Sunni being majority number & Shia limited to about 15 % in number. The projection for internal war of two major religious groups for Muslim line is perhaps just a front picture but in reality anchored for advancement of ECONOMIC INTERESTS by so called supper Power and complicated by European side actors. What a sagacity that Christianity & Judaism also birthed through Lord Ibrahim, a common Prophet but with difference for conventional name change in prefix for “I” or “A” in them but not mutually correcting disputed fault lines!

Guru Nanak Sahib, the founder for Sikh faith & following all nine spread Mission for restoration of peace & highlighted values for co existence of humanity. India is known to be neutral home country for so many communities including large population for Muslim faith. The Indian Muslim brotherhood for the reasons of heritage for Governance through cruelties recorded in past history has many in built complexities. The elders for a number of families may have participated for inhumanity reflected in Indian history pages. But there are always natural opportunities provided by Mother Nature to amend or correct blunders made at individual /society/religion/state or a country levels.

Thus, it is regrettable that the dangerous platform by under construction by default is having enough fiery contents but has been left to be dealt by U.S.A. & Europe for their own Politics. The peace in ASIAN region is at vulnerable position. The rich nations could allow war atmosphere to spill over in other ASIAN LAND for experimentation of new ARMS & AMMUNITION produced by economics of most developed countries. The WAR ENVIRONMENT thus has many a difficult dimensions but India for its none aggression heritage culture must explore special role for restoration of PEACE & SAFETY OF COMMON Muslim fraternity living in neighbor of India. The Muslims of India need to play pro active role as Hindus /Sikh /Christianity display concern for their brotherhood settled in other parts of the world. Visible silence of Indian Muslim brotherhood for ongoing war in Iran-Iraq is conveying that community relationship is limited to just customary IFTAR parties. The dormant conduct on the subject may one day take larger populations to avoidable destructive path. The future alarm bells invite immediate attention for intervention in IRAN v/s IRAQ WAR CHAPTER flames. Indian Muslim leadership in religious, Political, Business, artist fraternity must volunteer to find SOLUTIONS for humanitarian reasons, apart from risk of emotional spread on other areas, including Indian land?