India born Mr Kailash Sharma , (who along with a Pakistani activist) , was awarded the “Nobel Peace Prize for 2014”. He struggled against the “suppression” of the “right of the children to the education”. Satyarthi is the fifth Nobel Prize winner of India , ……   he completed his degree in electrical engineering and post-graduation in high-voltage engineering. He gave up his career of a lecturer in 1980 and became secretary general of the Bonded Labour Liberation Front and also founded the “Bachpan Bachao Andolan,”  meaning “Save the Childhood Mission”. He has been involved with the Global March ”Against Child Labour” and its International Center on Child Labour and Education (ICCLE), which are worldwide coalitions of NGOs, teachers and trade unionists. 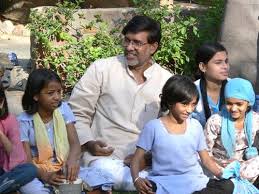 The AWARDS bring in added , higher individualistic responsibilities and so may be the case of Mr  Satyarthi. India  displayed gratitude and happiness over recognition of an Indian national for an award bestowed …..     without realising  “admission”. .. of the “mishandled Governance realities” of the Govt. of India. He retrieved about 80,000 children during last three decades from the “captive- bounded illegal labour conditions”. Indian birth rate; new life in each 2 seconds-30 in a minute-1800 per hour-43,200 per day & 1,57,68,000+ per year. He worked for 34 years, hence helped child population retrieval equivalent for TWO DAYS of India out of labour for 12,410 days. India has around 6,38,596 villages, U.P. alone has 1,07,452 villages, M.P. 55,393. Therefore, he on an average rescued one child each from cluster of 8 villages of India in about 34 years. The CHALLENGE is much bigger than being seen through celebration of AWARD. The society of rich – developed countries deal with Asia including India as population of underdeveloped (poor) or developing countries under compassionate grounds. The subject of child- captive/bounded labour is product of India, & other poor Asian countries. The developed countries “labelled ” us  through  the …  NOBEL TRUST …  in a “novel way ” to bring out the “deplorable condition ” of the Indian state.

We are unable to POSITION INDIA on the …”birth CONTROL policies”. The religious complexities are derailing …..controls & regulation of the birth rate. Hindustan otherwise failed in providing resource allocations appropriately in proportion to the state productiveness and …..  slowed down natural growth ….. The number of “Lalu’s  Off Springs” or others political leaders have… never been challenged. These leaders cultivated resources for THE good living  of their OWN wards but never came out for THE suitable solutions for others;… living without “two time meals”,  absence of shelter, poor health support, education failures, employment blues etc.

The gaps in “Have or have not’s” has grown out of proportion… One of the real…reason for the unregulated birth management has been …that poor & poorest raise children for….. their own economical support, The increasing number of … beggars and millions unfed -sleeping on road sides without basic shelter do not SHAME INDIAN Governance leadership….The Governments of well “fed- developed countries”… sympathies with  the Indian Society out of compassion . We must not …only … REJOICE …WINING “THE WORLD LEVEL AWARD”….should must read …in between the lines…. It is FOR….eradicating CHILD-LABOR…….WHICH..IS STILL PREVALENT in India

IN FACT …..ALL THE ABOVE NOTED LAWS/ACTS Couldn’t SOLVE .. THE BASIC PROBLEM Engaging children …to remove their basic hunger may have been the first priority, … followed by assurance for part time education to them. The work timings could also be formulated … LIMITED working hours / day …no late night … The HEROISM made out of ….award of peace PRIZE to THE Indian national Sh. Satyarthi must be looked in from of all these dimensions.

The developed – rich countries have done their job …. identifying INDIA as one of the countries exploiting children for labour …. but…do not understands inbuilt compulsions connected with its mechanism like unregulated birth. The Central Government should either adopt children as they do in the developed countries ……by opening special Homes…for their FOOD-SHELTER-EDUCATION-HEALTH or develop INDIAN MODEL independently. The limit of non provision of Government facilities beyond three… children may be one of the options beyond 2020. The industrial houses ….could also provide AVENUES for opening suitable Industries to engage children within proper age group ….giving light labour to the poor class of their region. The children so adopted may also be educated on the campus , having health maintenance facilities …… Let India not be mislead ….by picturing  BALE BALE ….& hiding the…shameful contents …!