THE “MARTYR” hanged on Jan 11, 1915 for the “CAUSE OF IMMIGRANTS” forgotten at the “PARVASI -BHARTI DIVAS “at   GANDHINAGAR –GUJARAT?

The Committee under the chairmanship of Mr L. M. Singhvi M.P. (Cong) along-with other political members; Mr R.L. Bhatia, Mr B. Aggarwal, Mr J.C. Sharma & Mr J.R. Hiremath suggested the “Pravasi Bharatiya Divas” celebrations… on 9th January, to mark the return of Mahatma Gandhi from South Africa to India in 1915. The decision to celebrate annual “Pravasi Bharatiya Divas” was taken in 2002 in collectiveness of CONGRESS-B.J.P. family, under the Governance of the then P.M. of India, Shri Atal Bihari Vajpayee. 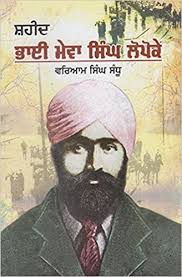 The occasion is marked by special programs to recognize the contributions of NRI/PIO individuals of exceptional merit, felicitate NRI/PIO individuals who have made exceptional contributions in their chosen field/profession and provide a forum to discuss issues and concerns of people of the Diasporas. The event is organized every year since 2003, and is sponsored by the Ministry of Overseas Indian Affairs. The composition of the august committee of Congress – B.J.P. facilitated 13th commemoration on 9th Jan 2015, dedicated to Gandhi ji of his 100th year arrival, organized at Gandhi Nagar, Gujarat.

The importance linked to the day, as a matter of fact is (fractured) message to the NRI’s to come home on the lines of “home coming of Gandhi ji,” but this kind of IDEA is not perused by G.O. India in the Ministry of Overseas…… PUNJABI’s were among the first to explore their business / employment luck overseas. They encountered hard times & local resistance on the racial grounds but they carried on the Mission with sincerity-hard work, honestly on the landed countries.

People of India….  know well on historical “on -off shore struggles” of Punjab…..  but “think tank ” invariably ends up ….  PLANS FAVOURING INDIA….. Other then PUNJAB. They have developed masterly art to hijack IDEAS OF PUNJAB for their own business models; …….  including selection day of …  DIVAS and operative themes. ……  The commemorative 100th year of PARAVASI BHARTI also coincide with MARTYRDOM of Bhai Mewa Singh, … who was given capital (DEATH) punishment on 11th Jan 1915 for  the … CAUSE OF IMMIGRANTS. …  He was A native of Lopoke-Amrtisar and came to Canada in 1906, a time when Punjabi immigrants were coming to Canada looking for greener pastures and a better life. Like many Sikh pioneers, Bhai Mewa Singh was employed in the lumber industry and worked at the Fraser mills. In his spare time he used to do seva at the Gurdwara.

The racism in Canada, at the time of arrival of Bhai Mewa Singh, … against non white immigrants was at its peak. Local newspapers portrayed the early Sikh immigrants in a negative fashion and were refused rental accommodations. Local politicians, being British subjects … spewed venom against the Sikhs…..       Bhai Mewa Singh in 1907, witnessed the taking away of voting rights from Sikh immigrants by the legislature in British Columbia, and the anti-Asian riots…… The Canadian government made mischievous plan in 1908 to get rid  of all new (Sikh) immigrants by sending them to the British Honduras. ……Despite so many challenges of racism and hostility, Bhai Mewa Singh decided to stay in Canada. He, like many other Sikh immigrants of his time – worked hard and made a positive contribution to the development of British Columbia.

After a few years of relative calm,….. the infamous Komagata Maru incident occurred in Canada…………… Punjab state recently remembered  Komagata Maru incident that sailed to Vancouver, British Columbia, Canada, in 1914, carrying 376 passengers from the Punjab, (British India.) Only 24 were admitted to Canada,   352 were not allowed to land in Canada, and the ship was forced to return to India. The passengers consisted of 340 Sikhs, 24 Muslims, and 12 Hindus, all British subjects.

All passengers were technically  subjects of the British Empire. ….  The passengers upon arrival in Canada, were immediately detained by the authorities ,  who were determined to keep the ship at anchor. Their inability to land caused lot of hardship to the passengers, …. who soon  lacked food and water. The passengers were also denied access to the medical care , communication with their families and proper legal  counsel. Their challenge to Canada’s right to deny their landing was  delayed and … eventually denied. … ..On July 23, 1914, the Komagata Maru  passengers were forced to leave Canada.Srd. Gurdit Singh Sandhu, , a native of Sarhali-Amritsar was a well-to-do businessman in Singapore, who was aware of the problems that Punjabis were facing while immigrating to Canada due to certain …exclusion laws. He wanted to circumvent these laws by hiring a boat to sail from Calcutta to Vancouver. His aim was to help his compatriots.. whose previous journeys to Canada had been blocked. …..  He chartered the ship Komagata Maru in January 1914, to  immigrate from India to Canada. ….  He publicly espoused the Ghadarite cause while in Hong Kong. ….”The Ghadar Party” was an organization founded by Indians of the United States and Canada in June 1913 with the aim to liberate India from the British rule. It was also known as …. the “Hindi Association of the Pacific Coast.”

Komagata Maru passengers, on denial of entry to the British colony –Canada …..  arrived back in BudgeCalcutta on September 27, 1914. Upon entry into the harbour, the passengers were placed under guard. ……..The British Indian Raj considered the passengers on Komagata Maru as …..  “dangerous political rebellions. ”  The police went to arrest Baba Gurdit Singh and the 20 or so other leaders. He resisted arrest, a friend of his ….  assaulted a policeman and a general riot ensued. … Gun shots were fired, …19 of the passengers were killed. Some escaped, but …. the remaining were arrested and …. imprisoned or sent to their villages …. The group leader Baba Gurdit Singh Sandhu managed to escape and lived in hiding until 1922……  He, on the appeal of Mahatma Gandhi gave up as a ‘true patriot’ and was imprisoned for five years.

Bhai Mewa Singh reminded us…… how racist and intolerant … Canadian govt. was…! He came in direct conflict when he witnessed…. a man named Bela Singh, who worked as an informant for the Canadian immigration department. ….. Bela Singh entered the Gurdwara on West Second Avenue, and shoot two devout Sikhs: Bhai Bhag Singh and Bhai Battan Singh. … Mewa Singh like many Sikhs was devastated by this event. He was threatened by inspector Hopkinson, originally native of New Delhi, that if he didn’t give testimony in favour of Bela Singh, he would also be murdered just likes Bhai Bhag Singh and Bhai Battan Singh.However, Bhai Mewa Singh didn’t waver; he testified in court….. He told the court that Bela had shot Bhai Bhag Singh and Bhai Battan Singh from behind, without any prior provocation. After giving this testimony Bhai Mewa Singh was threatened again by another police informer (mole) named Babu, who worked for inspector Hopkinson…… Bhai Mewa Singh was told that he should not be seen walking in the streets of Vancouver.

It was then that Bhai Mewa Singh decided to …. die a death of a martyr… rather than to live the life of an oppressed person. He believed inspector Hopkinson responsible for the murder of the two Sikhs in the Gurdwara because the killer were working for Police. Mr. Hopkinson was to appear in court on October 21, 1914 to testify in favour of the illegal killings by  Bela…… Bhai Mewa Singh went to court and fired ……killing Mr. Hopkinson, ….. dropped his weapon for surrender to the authorities. He was put on trial for the murder , ….  presiding judge found him guilty and ….  sentenced to death by hanging. The following statement of Bhai Mewa Singh to the court, defending the natural RIGHTFULL CAUSE OF IMMIGRANTS…. is a historical declaration;

“My religion does not teach me to bear enmity with anybody, nor had I any enmity with Mr. Hopkinson. ….He was oppressing poor people …… I, being a staunch Sikh, could no longer bear to see the wrong done both to my countrymen and the Dominion of Canada…… This is what led me to take Hopkinson’s life and sacrifice my own life….. I, while … performing the duty of a true Sikh and remembering the name of God,….. will proceed towards the scaffold with the same amount of pleasure …..as a hungry baby goes towards his mother.”

The hanging of Bhai Mewa Singh was carried on January 11, 1915, at New Westminster, Canada. …………….. India, though INDIA like past history for TRAGEDY 1947 organized celebrations on 26th Jan 47, likewise  carried out celebrations …. 13th Parvasi Divas on this date at Gandhi Nagar, Gujarat remembering  ….coming back of Gandhi ji to India. ……. Couldn’t…  this “GREAT INDIAN EVENT “from 7th to 9th Jan 2015 be…. dedicated to the …. “MARTYRDOM OF BHAI SEWA SINGH “who died for ……..the RIGHTFUL CAUSE OF THE IMMIGRANTS. …… Having missed holistic (Seva) opportunity by NRI Ministry of Punjab,……. could try to make up by …..  dedicating some Government institutions (School/College) around his village LOPOKE-AJNALA-AMRITSAR on his name as a token” TRIBUTE”…. on his 100th death anniversary……..The Memorial in dedication of Baba Gurdit Singh is also “essential” …  to commemorate his contribution as … “Gadhri baba ” Freedom fighter of India!